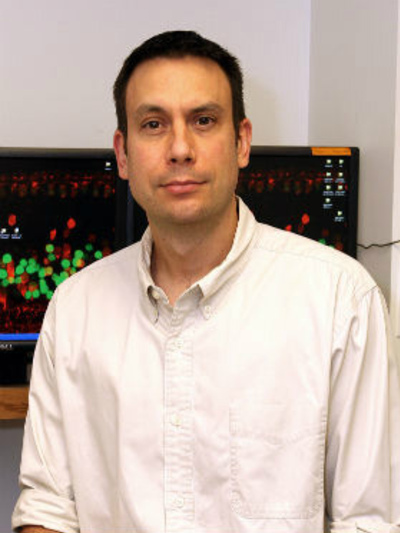 In general terms, my lab studies neural development, regeneration, and survival.  In particular, we are focused on the development, regeneration and survival of cells in the neurosensory tissue of the eye, the retina.  We are studying retinal regeneration from neural stem cells and from the major support cells of the retina, the Müller glia.  The use of stem cells for neuron replacement and trophic support holds the potential to treat degenerative diseases of the central nervous system.  My work has demonstrated that the mature chicken retina contains a zone of neural stem cells at the peripheral edge of the retina that is capable of proliferating and generating neurons at increased rates with the application of growth factors.  In addition, I have demonstrated that mature Müller glia in the retina are capable of becoming neuron-producing retinal precursor cells in response to acute damage or growth factors.