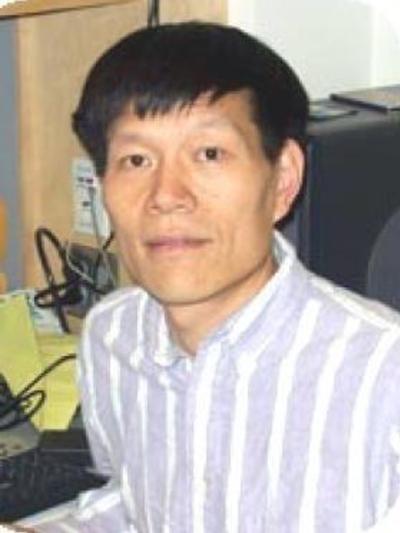 Neurotransmitters are compounds released by presynaptic neurons to communicate with other neurons and cells.  Neurotransmitter transporters (NTTs) terminate neurotransmission by the re-uptake of neurotransmitters from the synaptic cleft and surrounding areas.  Dopamine transporter (DAT), serotonin transporter (SERT), and norepinephrine transporter (NET) are high affinity targets for the psycho-stimulants cocaine and amphetamines.  The transporters are also molecular targets for therapeutic drugs, such as Ritalin (methylphenidate), Tofranil (imipramine), Prozac (fluoxetine), Zoloft (Sertraline), Luvox (fluvoxamine), Paxil (paroxetine), and Wellbutrin (bupropion).  These drugs are used to treat several neurological and mental disorders, including attention-deficit/hyperactivity disorder, depression, anxiety, Autism, obsessive-compulsive disorder, and minimal brain dysfunction.  My laboratory focuses on these important transporters and studies their structures and functions, their roles in drug addiction and mental disorders.

Knock-in mice with cocaine target proteins resistant or hypersensitive to cocaine - Based on indirect evidence, it has been hypothesized and generally accepted that the addictive property of cocaine is mediated predominantly through its inhibition of DAT, although SERT and NET are also high affinity targets for cocaine in the brain. Transgenic mice with DAT deleted still respond to cocaine in conditioned place preference (CPP) and cocaine self-administration (SA) tests, which casts some doubt on the hypothesis. However, the adaptive changes in the knockout mice that compensate for the lack of the deleted DAT might have altered the reward pathways. Therefore, we employ a more controlled and specific approach – to engineer DAT, SERT, or NET mutants that are functional but resistant or hypersensitive to cocaine inhibition. Transgenic mice carrying such a mutant transporter would be basically normal except when cocaine is given. We have successfully engineered a knock-in mouse line carrying a cocaine resistant DAT. We have also made several DAT mutants with 5-10 fold increased sensitivity to cocaine. These mouse lines are very unique and specific tools allowing us to dissect the contributions of each transporter to the short and long term effects of cocaine on neurochemistry, gene expression, and animal behavior, which may lead to novel treatment for cocaine addiction.

Genetic basis of neuropsychiatric disorders - Dysfunction of the serotonin system has long been implicated in a number of mental disorders. Recently, variations in the SERT gene have been reported to be linked to several neuropsychiatric disorders indicating that altered SERT function could lead to psychiatric disorders. We have expressed 9 naturally occurring single nucleotide polymorphisms (SNPs) in cultured cells and found that some of these SNPs result in very significant changes in SERT functional properties or in their sensitivity to therapeutic drugs. Therefore, these SNPs might be the genetic bases for some mental disorders or for the lack of responses to therapeutic drugs by some patients. We are collaborating with physicians and screening for patients with mental disorders carrying these or new SNPs in important genes. Our goal is to establish links between the SNPs and mental disorders and design novel methods for the diagnosis of mental disorders and for identifying patients with altered drug responses.

Structure and Function of dopamine transporter - Despite intense studies, our knowledge about the structures of NTTs is still very limited. To date, high resolution crystals of NTTs have not been generated, likely because they are membrane proteins and presumably interchange easily among many conformational states. The NTTs have been proposed to have 12 TMDs, which is supported by most biochemical data. The next step is to determine how these TMDs are packed together to form the 3-D structure. Cysteine specific reagents can be used to cross-link two cysteine residues placed in different parts of a protein to determine whether the two parts are close to each other in the 3-D structure. However, NTTs all have many cysteines. We have successfully engineered a functional DAT with all reactive cysteine residues removed. Achieving this functional Cys-less DAT is the most difficult and critical step in this project. We are now ready to probe the 3-dimentional structure and the cocaine binding site of the transporter proteins.