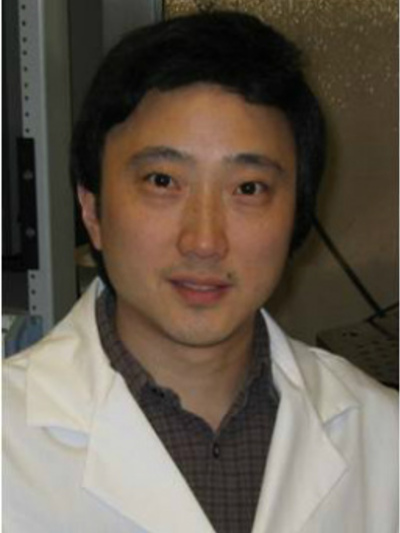 Current research focuses on the expression and function of two-pore domain K+ channels (K2Ps) of astrocytes. K2Ps are newly appreciated potassium channels that can interact with and be substantially modulated by a variety of physiochemical stimuli. Following to our recent observation that rat hippocampal astrocytes express K2P isoforms of TWIK-1 and TREK-1, the continuing research examines the unique features of K2Ps that enable astrocytes to maintain brain homeostatic function and subserve neuronal function with high efficiency. The ongoing projects address 1) the biophysical features of K2Ps of astrocytes in brain slices as well as expression system; 2) crosstalk of astrocyte K2Ps with neurotransmitters and its impact on astrocyte homeostatic function, and 3) interaction of K2Ps and gap junction channels that in turn regulates the communication of astrocytes in their network.

We are also interested in the role of astrocyte K2Ps in stroke pathology. We study the K2Ps mediated mechanisms that protect astrocytes surviving through the early cerebral ischemic attack, the role of K2Ps in the process of induction of astrogliosis in stroke brain, and the potential role of altered K2Ps in reactive astrocytes in the post-stroke recovery of neuronal function.

Astrocyte is the most populous cell type as well as glial subtype in the brain. The goal of our research aims at unveiling of the still mysterious function of astrocytes and identifying glia-oriented therapeutic strategy for stroke treatment.